THE ONLY FEMALE VOICE ON AULOGO FM 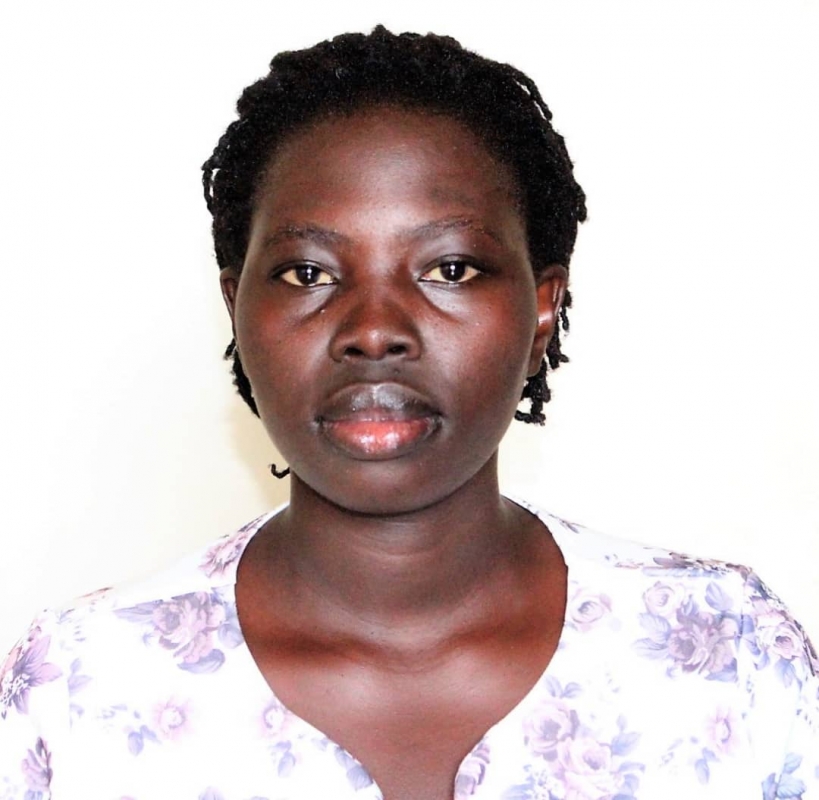 “I wish there was something more than being a woman, I would want to be a woman and more.”

I am a 24 years old mother. I work at Aulogo FM as a News Editor and English News Anchor. I also present the Morning Breakfast show called; ‘Aulogo Cira’ I previously worked at the Voice of the Nile in Moyo District. I hold a Diploma in Journalism from United Media Consultants and Trainers School of Journalism (UMCAT).

Why do you think you are the only female voice on Aulogo FM?

Most people think journalism is for men. That is why female journalists in Madi Sub Region represent only about 30%. Most are just media personalities. But also, most parents are still rigid and want their children to uptake traditional professions only.

So how did you become a journalist then?

I was always the Information Prefect in most of the schools I attended. In fact, after my ordinary level, most of my friends advised me to pursue a certificate in journalism. However, my dad was worried that they would take me to Somalia and I die in the war. He only relented after I threatened him that I would get married if he continued denying me to pursue my dream. But he is now very proud of me and has since supported and believed in my dream.

Tell me more about your experience as a female journalist on the radio.

Honestly, it has been smooth for me. My colleagues at work including the subordinates have never bullied me or looked down upon me just because I am a woman. Although it is true I feel overstretched when it comes to doing adverts that dictate the inclusion of a female voice as well as programs. Unfortunately, there has always been a low turn up of women when the station seeks to recruit for vacant positions.  But I remember one incident at the Voice of the Nile where a male presenter slapped a female colleague because she raised a complaint against him in a meeting. He was so arrogant and felt like a female had no right to do something like that.

Do you feel you have made a contribution to women empowerment through journalism?

Yes, I have met teenagers who say they want to be like me. They love listening to me and look up to me. I also have a 40-year-old friend, who is a nurse but can’t stand in front of people and talk without panicking. She always asks me how I manage to talk so confidently to many people each day. With such experiences that I have encountered and many more that may have no access to me to share their feelings, I feel I have been and are still a role model to women and girls.

So which women do you look up to or like in Adjumani?

What would you want to tell the women in Adjumani during this year’s Women’s Day?

“With Focus and Hard work, we can achieve our dreams as women.”