I CAN LEAVE THE ARMY FOR PUBLIC SERVICE. 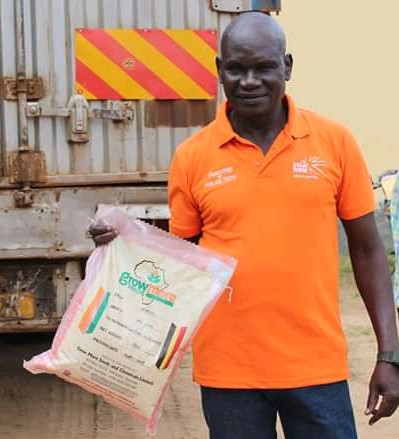 It is no doubt that the discipline within soldiers is quite admirable but to be able to understand the motivation behind it, you would probably have to speak to one of them. On an early morning when I thought it would be a great opportunity to interact with Col Okuonzi Morris, the commander of Operation Wealth Creation in Adjumani, I set out to his office and therein I found him preparing a progress report.

He is frustrated though, a number of reports from other officers that are supposed to brief him have not yet been submitted a week later. He is amused by such laxity in Public service. In the army he fondly says, it is something you will probably rarely hear. But amidst such frustrations, is a passion and zeal to work for his people. Although it is an assignment that could end any time, he is optimistic it has been worth it. He says it has become time to embrace farming and thus he doesn’t mind retiring from the gun to the hoe.

To him, people should retire when they are still strong enough. He, however, acknowledges that it requires a lot of skills, knowledge, and tolerance. He cites a number of factors that have made it almost impossible to achieve the objectives of the OWC project. He particularly despises farmers who go to pick seeds or livestock when they are not ready or prepared. He wonders how someone who is struggling with their basic needs can be able to provide for another.

Sadly though, even those who are catered for also sometimes turn out to be stray or wild animals that end up destroying the little good crops that the hardworking farmers grow. You see this only makes sense when you look at the broader picture. So many times he says they were being duped with fake inputs. A supplier will bring a lorryful of for example cassava cuttings but only a quarter of them would be genuine.

The central government shouldn’t, however, take the whole blame, the Col feels that Agricultural Extension Officers haven’t also done their work entirely as they are supposed to. He observes that a lot still needs to be done to prepare farmers before they even receive the inputs. In fact, that preparation would include things like how best to deal with challenges like drought, floods, the fall armyworm which all contribute to the great farmer attribute of Climate-Smart Agriculture. How else would a farmer know he isn’t supposed to plant seeds immediately until these are tested and verified? He reveals that once his team had to reject up to 750kg of beans because they were substandard.

Actually, he says such platforms would also be used to champion for gaps like lack of efficient and adequate health facilities for treatment of livestock. Sub Counties like Pachara and Arinyapi that are rocky for instance need immerse creativity if they are to achieve better yields out of agriculture. But these realities do not take away the fact that more of our people have been alleviated out of poverty.

While he acknowledges that this has partly been made possible by other implementing partners undertaking livelihood interventions, the district has broader coverage. Except for a few grievances about the selection criteria for beneficiaries, he is optimistic that the project is making a great contribution to the ongoing wealth creation campaign of the President.